Changing the way the world thinks about rescue animals.

RESCUE IS OUR
FAVOURITE BREED

In 2019, Battersea’s own research found that while 92% of people say they believe rescue is the right thing to do, only 25% of dog and cat owners got their most recent pet from a rescue centre.

We’ve set ourselves an ambitious strategic goal – to disrupt established pet-buying patterns and bring rescue front of mind for the UK public. To do so, we need to change the way people view all aspects of rescue, and we need to do it in a way that causes a generational shift in perceptions. In October 2019, we launched ‘Rescue Is Our Favourite Breed’, a groundbreaking new campaign to celebrate the inimitable characters and quirks of rescue dogs and cats. Our aim is to get people to see rescue as the best choice when getting a dog or cat, and to come to rescue centres with an open mind about the type of dog or cat they want to go home with. During the first run of our new TV advert, we reached 34 million adults (69% national reach) and visits to the Battersea website increased 29% year-on-year.

To date, the campaign has delivered positive results, with one in three people recalling it when prompted with the name and almost half (48%) when shown the advert. Seventy-three per cent of survey respondents agreed ‘seeing the adverts has made me more motivated to rehome from a rescue charity'. 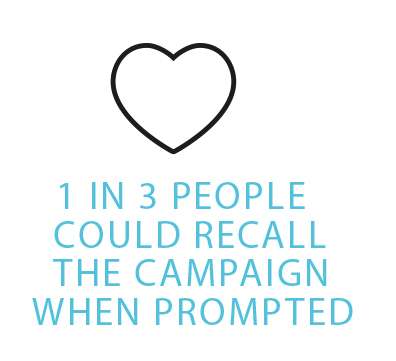 Cricket was an extremely emaciated kitten when he was found inside a cat carrier with a note that read: “Help me please.” When Cricket was brought into Battersea’s London centre, vets weren’t sure if the tiny kitten was even still alive. Estimated to be around five months old, weighing less than half the healthy weight he should have been, and with two bowed front legs, it was touch and go for young Cricket.

After weeks of intensive care, shared between a dedicated team of expert foster carers from the cattery team at Battersea, Cricket pulled through and slowly started to gain weight, with some of his fur growing back. Although he continued to have bowed legs, he gradually became a playful and affectionate cat, who loved nothing more than cuddling on staff and volunteers’ laps. Little Cricket survived because he was given the best care possible, 24 hours a day.

Luckily, Cricket’s story has a happy ending. After falling in love with him at first sight, his new owner, Anna from Hampshire, took him home, and gave him a more fitting name: Hunter. Anna recalls, “I wanted to rehome a rescue cat because I feel that they really need your love and care having had a tough start in life. I’d had Hunter for a couple of months before his hair just started to grow and grow. His tail is so fluffy, long and upright that it actually touches his head. Much to my surprise, he grew into a beautiful Maine Coon with a mischievous personality.”

FOR THE LOVE OF DOGS

Paul O’Grady: For the Love of Dogs continued to raise the profile of rescue, with viewing figures for series eight and the Christmas Special at 42m. It picked up a third National Television Award for Factual Entertainment (previously won in 2013 and 2014) and continues to champion rescue dogs to worldwide audiences. £81,715 was raised online and 20,000 new social media followers were gained during the latest series.

Battersea’s celebrity supporters and Ambassadors continued to provide an incredible public voice for Battersea throughout 2019. They did this by championing our work, taking part in our campaigns and events, visiting our centres and talking about their own Battersea pets in interviews or through their own channels. Last year, we announced our seventh official Battersea Ambassador, actor Tom Hardy, and welcomed 35 celebrities to our centres.

We focused on creating social media content during these visits, setting up rehoming videos with our animals to showcase the overlooked breeds and older dogs and cats in our care. These videos can achieve a huge impact for our animals and help us to speak to new audiences. Greg James’ rehoming video with Greyhound Jill reached 97,000 people, and was viewed over 27,000 times within the first 24 hours. After spending 157 days in our kennels, Jill found a home within days after this video went live.

Many of our Battersea Ambassadors and celebrity supporters also supported the launch of the Rescue Is Our Favourite Breed campaign. Those who shared the campaign on their own social media channels included David Gandy (114k Twitter followers and 973k Instagram followers) and Ricky Gervais (13.4m Twitter followers). A big part of our mission to reframe rescue revolves around creating new content and opportunities to reach, inform and inspire young people. We have worked with a range of creators and influencers across the year to help us spread the message of rescue to future generations of pet owners. This includes engaging eight YouTubers to support the launch of Instagram’s Donate Sticker, a new tool that allows people to donate to a charity through a one-click button on Instagram. We also hosted visits by YouTube superstars Dan and Phil, and worked with British Athletics to announce their team for the World Championships. Thanks to continued efforts, we added over 100k social media followers in 2019, and in October, Battersea was awarded the Charity Times Award for Best Social Media Presence 2019.