Meet some of the animals and people Battersea has supported in 2017. 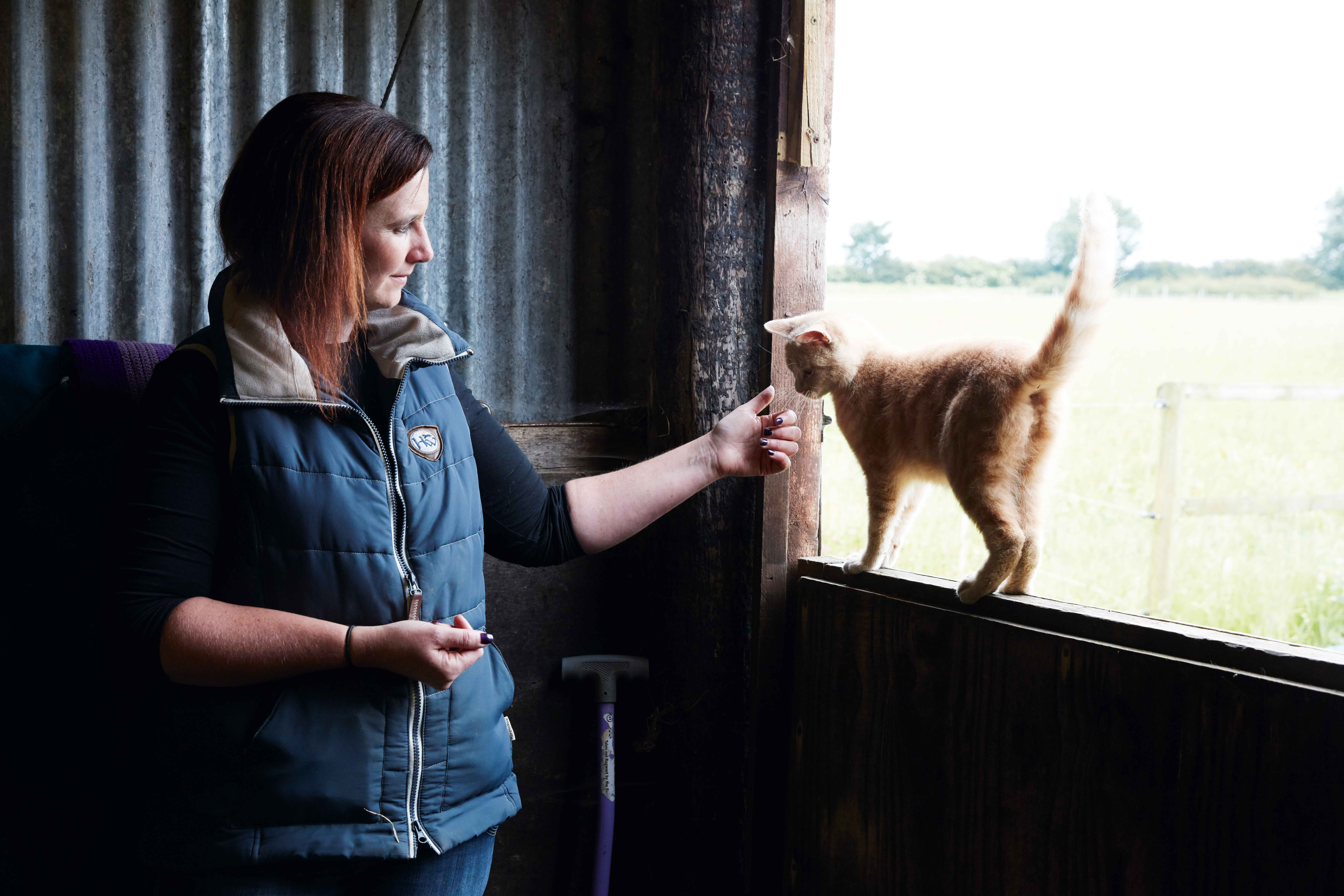 Standing by our non-selective intake policy to support animals that may not have had the same chance elsewhere, Battersea comes to the rescue for cats that are under-socialised and crave an independent, rural lifestyle away from built-up cities and busy homes. Our Animal Partnerships team actively seeks out rural homes for cats that struggle with human interaction and, in 2017, 90 cats were rehomed to a new life in the countryside.

Four-month-old Domestic Short Hair Cinnamon was one of 16 cats that were originally given in to another charity from a breeder. The group were in a very poor condition, both behaviourally and medically.

Our Animal Partnerships team team got to work looking for an outdoors home; somewhere that Cinnamon could be safe and looked after in terms of shelter, food, water, and a safe place to sleep, but where he would not be forced to fit in with a ‘normal’ family home environment. It wasn’t long before the ideal home was found, and Cinnamon went to live at a stable yard in Bedfordshire with his new owner, Lisa Ord, where he’s since been enjoying life roaming around at his own free will. 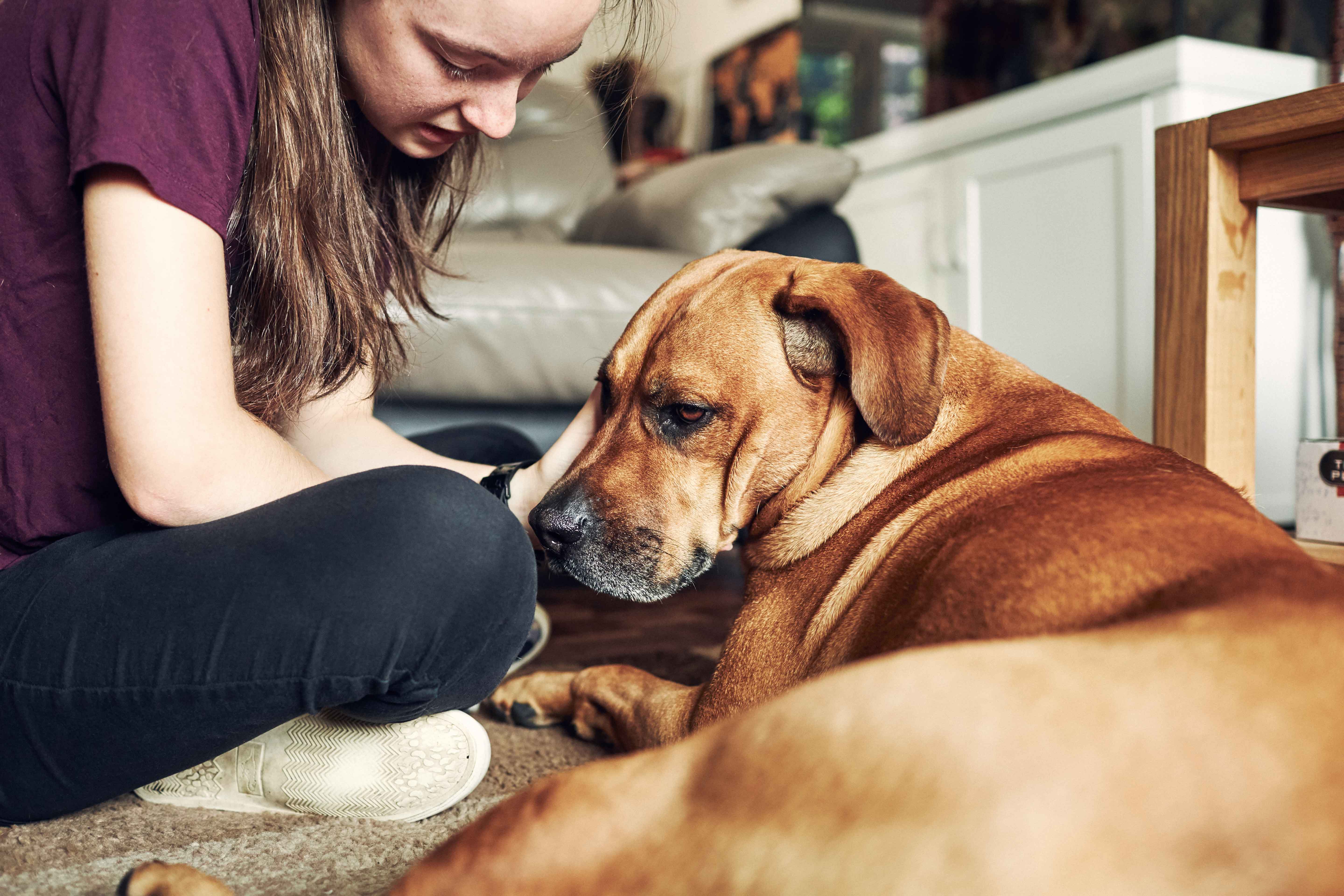 A so-called ‘undesirable’ breed, Toby is a prime example of a dog who could be at risk of being overlooked among the many designer breeds online.

Having acquired Toby as a four-month-old pup, his owner told us how Toby already had a broken tail when they first got him and no previous socialisation with other dogs besides their other Ridgeback – a female who Toby did not always get on with. Unfortunately, forced to give up both dogs due to a relationship breakdown, other rescue centres had been unable to help due to size and breed issues. Battersea was their last hope.

When you get a Battersea dog you know that you’re getting a dog that is happy, healthy and ready to be loved. Battersea’s canine behaviour specialists put an enormous amount of work and support in to helping Toby become ready for rehoming. After six weeks, the Birchmore family from Hampshire spotted Toby on our website and fell in love with him, having previously owned and trained other dogs of the same breed. In December, Environment Secretary Michael Gove MP chose Battersea as the location to launch a new Bill which includes provision to make five-year sentences for cruelty a reality. And this is because of dogs like sweet-natured Mongrel Stewart, who shocked Battersea staff when he was brought into our London centre in March 2017.

The skeletal four-year-old found wandering the streets. His emaciated body mystified our staff – he wasn’t microchipped but was well trained and did not look as though he had been stray for long. While we can never know a stray animal’s history for definite, staff believed it was likely he had been kept indoors and deliberately starved.

Stewart was so weak, our Veterinary team had to nurse him in isolation to avoid any infections that would overwhelm his crippled immune system. Fortunately, his condition improved and a specialised meal plan helped him gain weight.

Battersea’s Veterinary Director, Shaun Opperman, said: “We were all so shocked when we first saw Stewart. He was painfully thin and if he hadn’t come to us when he did, there’s no telling what might have happened. His claws were overgrown, and his coat was in good condition, so it was unlikely he’d been fending for himself. Despite all that he’d been through, he came out of his experience still a sweet and trusting dog. His new name, Lucky, couldn’t be more apt.”

Learn more about our cruelty campaign 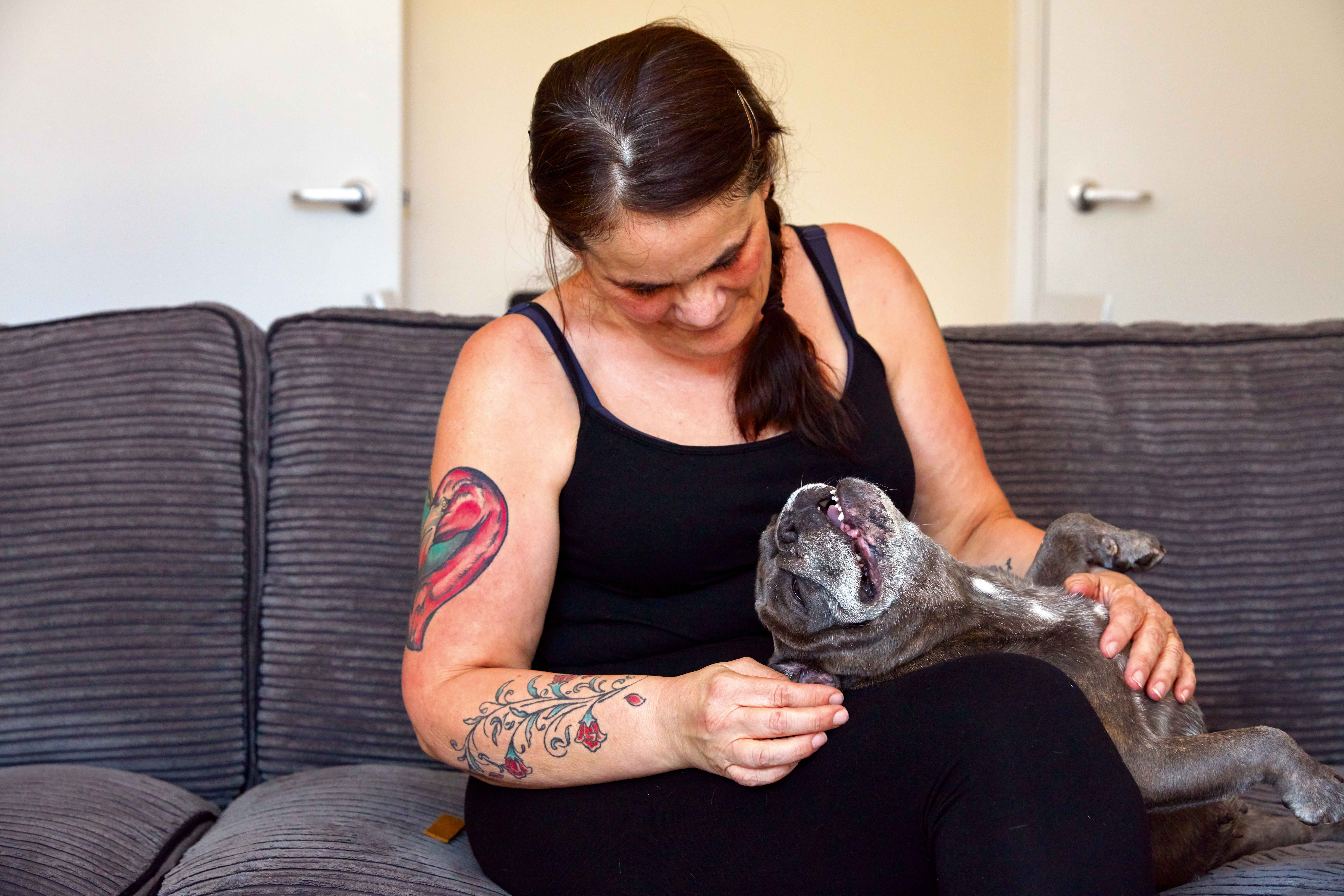 In 2017 Battersea worked hard to bring about new legislation to crack down on cruel and irresponsible pet-breeding practices. We’ve long campaigned for an end to seeing exhausted breeding bitches and their sick and under-socialised puppies needing life-saving help, and Nancy, a four-year-old French Bulldog, was just one of them.

Nancy’s past before coming to Battersea is a mystery – but it was clear life hadn’t been easy for her. Her foreign chip led us to suspect she had been imported into the UK from an overseas breeder and it looked like she had been used for breeding many times.

With problems endemic in flat-faced breeds, Nancy was also struggling to breathe and had to have many operations to fix her ears and open her airways.

Battersea’s Veterinary Director, Shaun Opperman, says: “When Nancy arrived here, she was suffering from many medical issues that would have made every day very painful for her. To give her a chance at having a decent quality of life, we had to operate four times and sadly the infection in her left ear was so bad that we had to amputate it.”

Learn more about our work In July 2015, 8% of Battersea’s staff were former volunteers and by July 2017 the figure had risen to 11%, helped by on-the-job development opportunities and workshops offered to volunteers on ‘getting your next job’. One team member contributing towards this figure was Hester Youngman, a former volunteer who made the leap into a full-time role as a Rehoming and Welfare Assistant at Battersea’s Old Windsor branch.

Hester says: “While studying, I started to volunteer as a cattery assistant in my spare time. I had previously volunteered at another animal rescue and it was something I missed in my life – that feeling of knowing you’re making a positive difference and contributing to an animal’s journey.”

“I’ve seen how important the volunteers at Battersea are and how their work is valued from both sides. There are plenty of ongoing training opportunities, which really helps volunteers looking to become staff, and the support and encouragement toward volunteer members of the team comes from a genuine place – I know that we wouldn’t be able to manage in the cattery without them.”

Get involved in volunteering Leading the way in the latest trend in fundraising – challenge events – the 2017 Muddy Dog Challenge at Windsor Great Park raised over £90,000 and it was fantastic to see so many Battersea supporters in one place.

The oldest competitor on the day was 86-year-old Bill Lockwood. Bill, a former Royal Marine and ex-cabbie who took on the course with his dog Snoopy, a cross breed of Dachshund and Shih-Tzu, said: “Snoopy loved every moment of it. Battersea’s fantastic volunteers were there at every obstacle, and at the finish line we received a very nice round of applause and pictures on the podium with Claire Horton.”

To prepare for the challenge, Bill undertook long walks daily with Snoopy, alongside short dashes to build up stamina. Bill was thrilled to have taken part and said it gave him something to work towards and look forward to.

Take on a challenge today See Battersea’s income and expenditure for 2017 as well as key numbers on rehoming.