George the Staffy has found a new home! 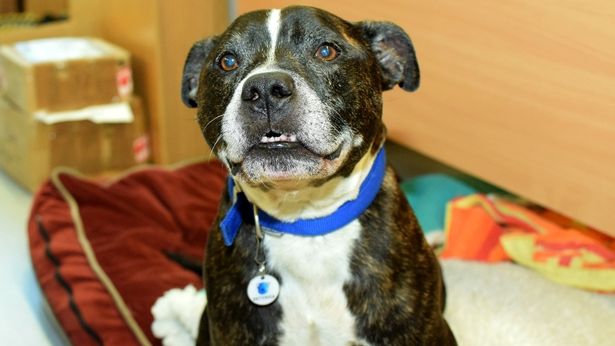 We were delighted to have Paul O’Grady’s For the Love of Dogs back on our screens this week and even more delighted that “the unluckiest dog on the block”, George the Staffie who featured alongside Paul has now gone to a loving new home.

After coming back to Battersea for the fourth time, the eight-year-old Staffordshire Bull Terrier has now been adopted by a family in Middlesex. Luckily, it’s quite rare that animals come back to Battersea as many times as George did, but our sources tell us he is happy and well and spends most of his time going for walkies or snoring loudly!

Described by Battersea ambassador Paul O’Grady as “...the friendliest, waggiest, jolliest Staffy you’d ever want to meet." we’re wishing George all the best and keeping everything crossed for him.

Cat owner all at sea as cat brings home goggles 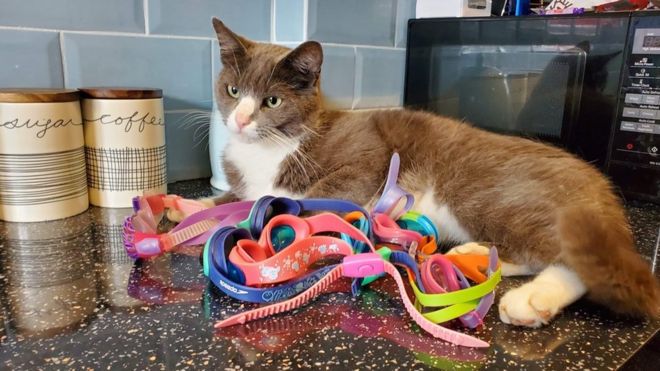 Cat Avery has apparently always been a hunter but the intrepid feline has recently started bringing home a rather bizarre catch of the day: swimming goggles. He’s brought home eight pairs so far and despite checking with neighbours far and wide his owner Sally Bell has yet to find any of their rightful owners. It’s not clear why Avery has taken a liking to the goggles as her gift of choice but it’s the thought that counts. Find out more about Avery’s antics in this BBC article. 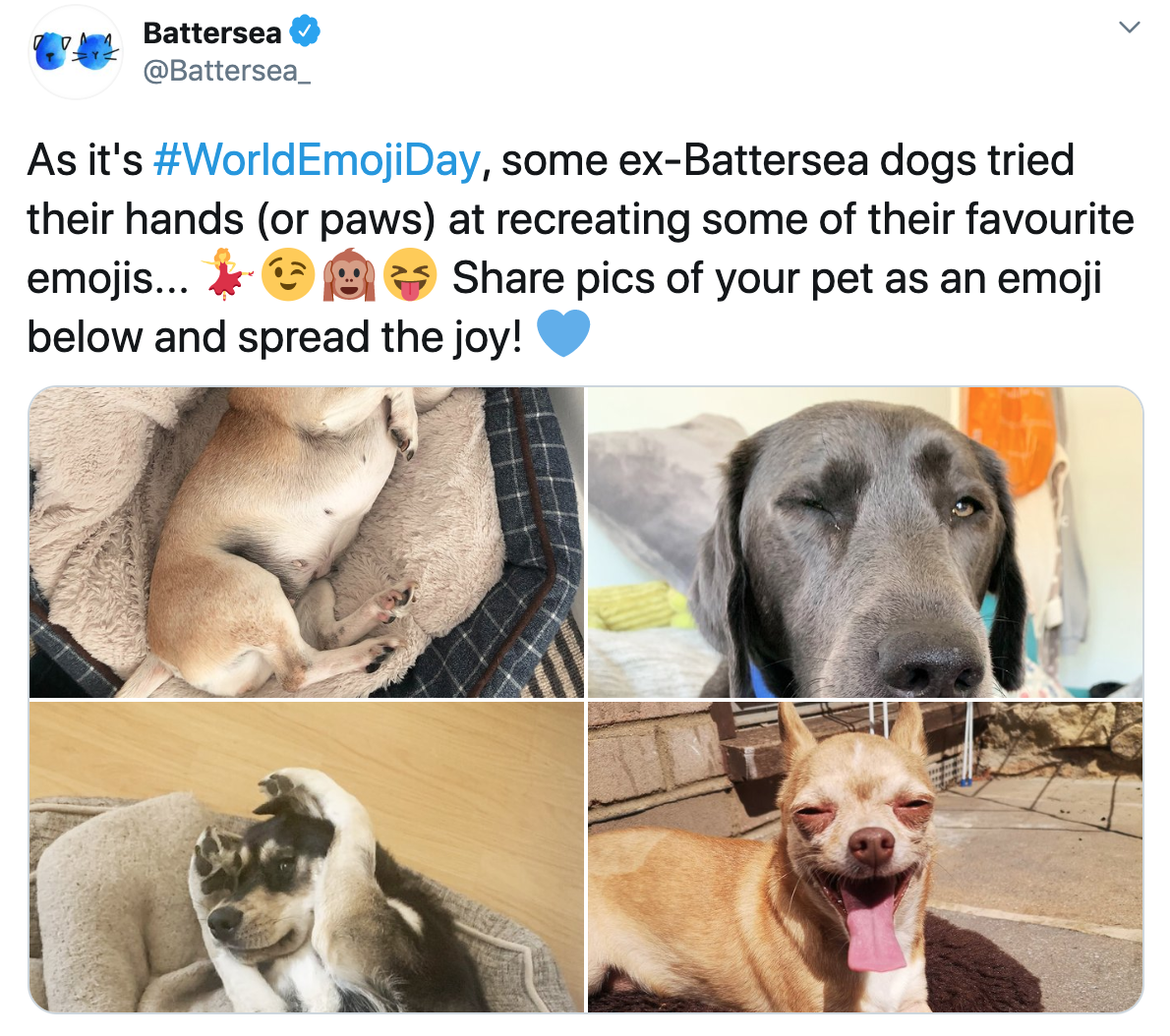 They say a picture paints a thousand words and these ex-Battersea dogs have got a lot to say for themselves! Thanks to Frida, Grace, Skye and Teddy for striking a pose in honour of world emoji day, giving us their favourite and most fitting reactions. Our dog-friendly ice lollies are the perfect summery warm weather treat for your four-legged friend.