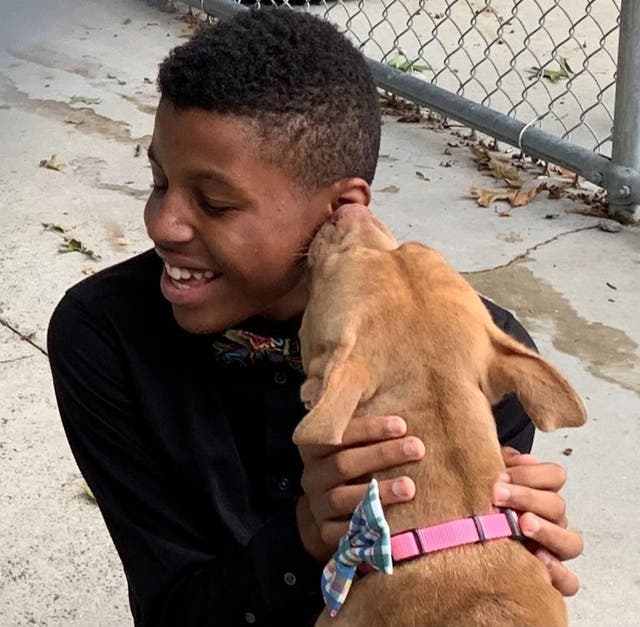 14-year-old Darius Brown first started making bow ties for pets in the wake of Hurricane Irma in 2017 after learning that lots of dogs and cats from the affected area had been transported to rescue centres close to his home in Newark, New Jersey.

By that time, Darius had already been making bow ties for himself and for friends and family for two years after being taught to do so at the age of eight by his older sister, Dazhai.

Darius had been diagnosed with a cognitive and fine motor skills delay and despite some initial reservations, his mum agreed that with some careful practice the bow ties would be a great way to help develop some of those skills.

After being such a hit with humans, Darius moved on to making bow ties for dogs – and some cats – mostly to send to animals in shelters to help them get adopted, although he also sells to the public via his Beaux and Paws online shop. He has also made them for the pets of a number of famous people – including President Joe Biden’s rescue dog Major. “I was actually able to give him one of my own hand-crafted bow ties, which was the inauguration bow tie,” he said.

Darius estimates he has made “up to 1,000” bow ties so far, with each one taking him about 15 minutes to create, and the thousands of dogs he has helped to stand out are truly grateful. 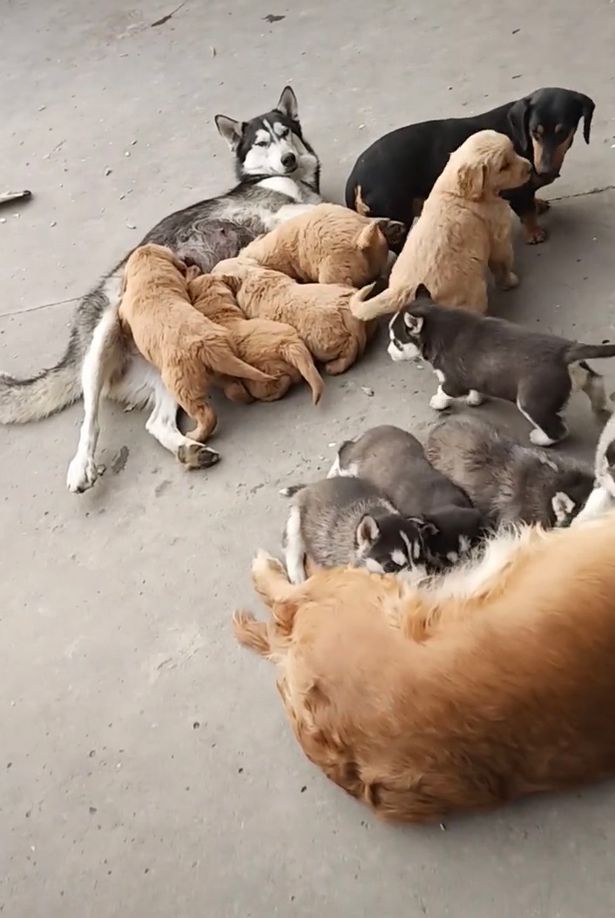 An adorable mix-up was caught on camera at a pet shop in China this week.

The confusion actually started when the Husky mum was unable to produce enough milk to feed her puppies, so they sought food from the Golden Retriever instead. By the time the Husky’s milk had come in,the puppies had gotten used to feeding from the Retriever so carried on doing so, forcing the Retriever’s puppies to feed from the Husky instead.

Viewers of the viral video were left in hysterics at the ‘what can you do?’ looks being passed between the two mothers. 14 years after going missing, Jess the cat’s owners were delighted to learn he was alive, well, and ready to come home to them.

Jess disappeared at just three-years-old and went to live in an assisted-living neighborhood. He became such a part of life there that he’s even featured on the site map, but under the name ‘Tibby’ which he was given by locals.

It was only when Jess (or should that be Tibby?) started showing signs of aging that the locals decided he’d need specialist care and took him to the vet. A routine microchip scan revealed that Jess actually had registered owners and wasn’t a stray as had always been assumed.

Jess’s owner, Ms Bateman, was thrilled to have him returned to her after all these years. She said, "I was quite amazed that Jess seems so happy after living outdoors all this time. I wish he'd been scanned for a chip sooner but thank goodness we'd kept his details up to date so we could be found." As we look to brighter times ahead, it’s the time of the week where we share our round-up of positive things happening at Battersea, as well as heartwarming dog and cat stories from the UK and beyond. We know that animals can be a great source of comfort Journalist and writer Kate Leaver has shared her experience with rescue for Battersea Stories and why rescue is her favourite breed.