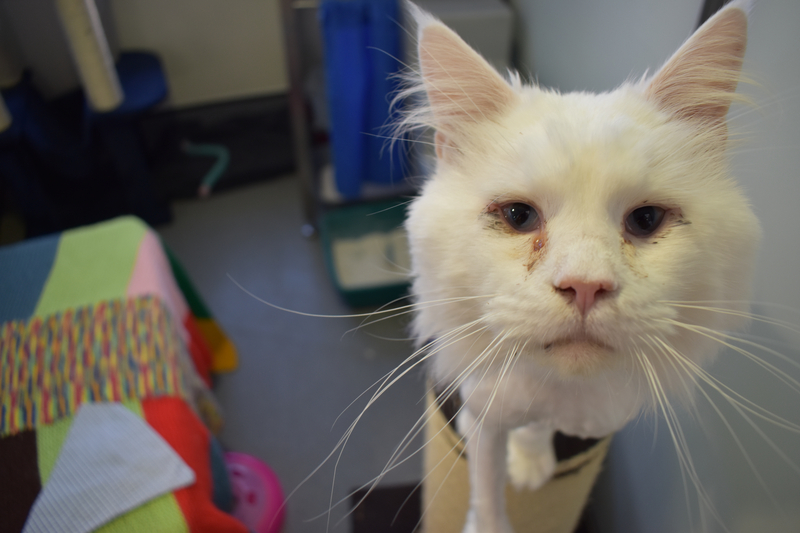 Casper the Maine Coon cat has found his happy ending after being abandoned in a park with a note saying his owner had lost their job during lockdown and could no longer afford to care for him. The handwritten note from the owner, left on the carrier in Battersea Park, explained they had been able to find homes for their other pets but could not find anyone to take on two-year-old Casper because of ongoing medical requirements.

Battersea’s Cattery Manager, Rachel Saunders, said: “We can only imagine how difficult it must have been for Casper’s previous owner to decide that they could no longer look after him, as they clearly cared about him. However, abandoning your pet alone and helpless is never the right answer and puts them at terrible risk. I’d urge anyone who finds themselves in a position where they are no longer able to care for their pet to contact a rescue centre, where someone will always be able to help and no one will ever judge them.”

When he was brought to the Cattery, Casper had matted fur that was causing him discomfort and was suffering from issues with his eyes and nose. Battersea’s expert Clinic staff shaved off most of his tangled coat and ran tests while making him comfortable. Fortunately, our expert staff found that although Casper would have ongoing medical issues with his nose, they were manageable with medication and should not stop him from finding a new home.

Rachel added: “We’re incredibly grateful to the group of young people that found Casper alone in the park and brought him to us. Thanks to their quick acting, we were able to help Casper and ultimately find him a new home where he can resume living life as a beloved pet.”

After two months of care at Battersea, Casper was ready to start a new life. Step forward Rachael Roe and her husband John, who were matched with the chatty cat and renamed him Nimbus before taking him home to Walthamstow earlier this month.

If you can no longer care for your pet, please contact Battersea or your local rescue centre where help and advice is available. 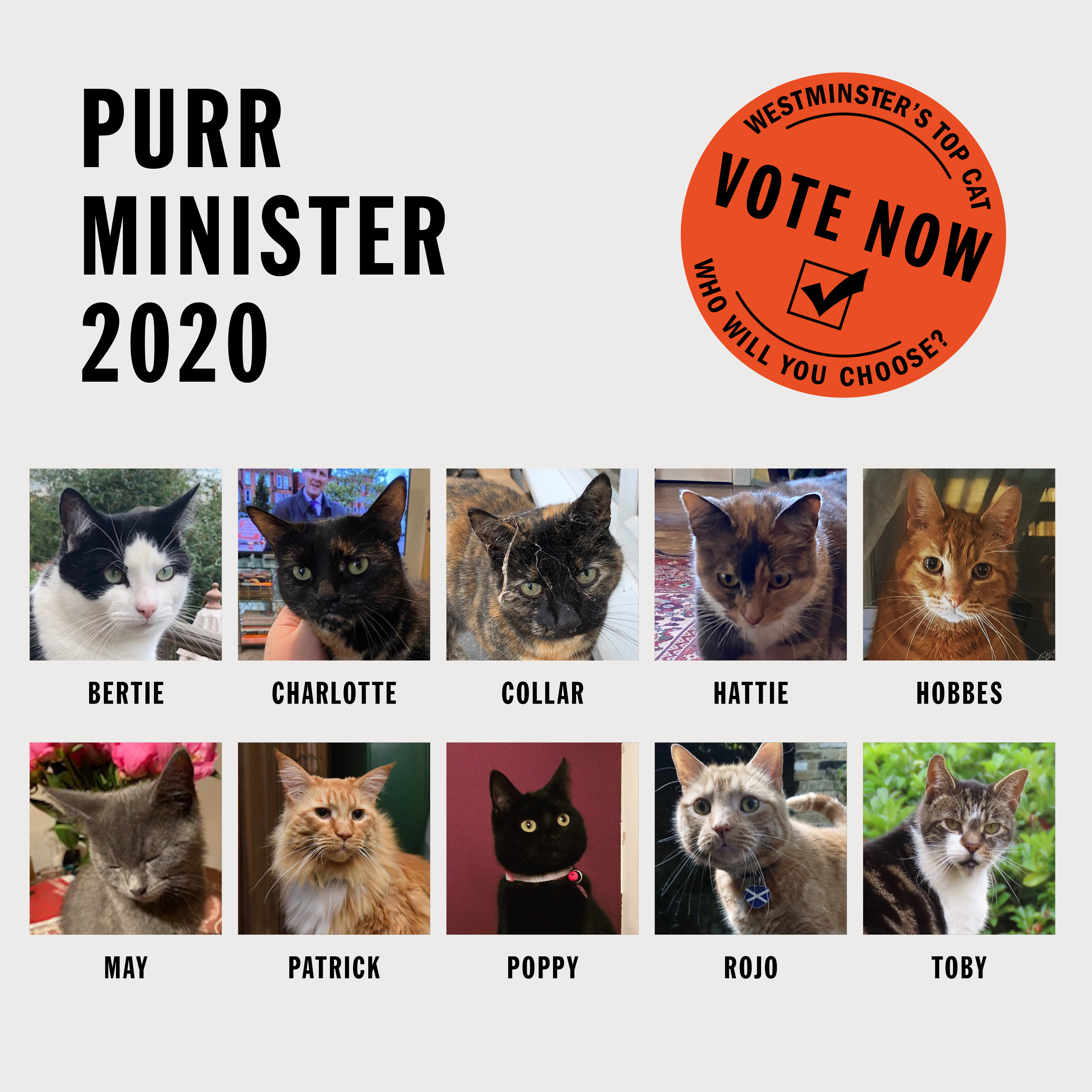 Across the nation, paw-litical cats have this week begun prowling on the campaign trail, capturing the public’s hearts and hunting for votes in Battersea’s Purr Minister competition.

Over the last few weeks, politicians and peers from around the UK have put their feline friends forward, submitting photos and a ‘Manifursto’ explaining why they believe their pet should be voted top cat of Westminster.

The ten final ‘cat-idates’ hoping to get your vote are:

Battersea’s Head of Catteries and Feline Welfare, Lindsey Quinlan, said: “Battersea’s Purr Minister competition is back with a bang for its sixth year. The candidate shortlist is very impressive, and the competition will undoubtedly be fierce.

"This year, many of our Purr Minister candidates have been supervising their owners’ work during lockdown, whether that’s making cameos on Zoom or taking a nap on important documents – so it’s time they get the recognition they deserve. It’s also an opportunity to shine the spotlight on some important animal welfare issues.”

“At Battersea we believe that every cat is special, but there can be only one winner and we can’t wait to see who the public chooses to be their new furry leader.”

The incumbent Purr Minister, Alfie, owned by former Cynon Valley MP Ann Clwyd, is expected to commit to a peaceful transferral of power when the votes come in and a new Purr Minister is elected on 27 October. Members of the public can now show their support by voting for their top cat. Voting will close at 23:59 on 22 October.

Vote for your favourite feline. The winner will be announced on Tuesday 27 October.

THE MUDDY SHOW MUST GO ON! 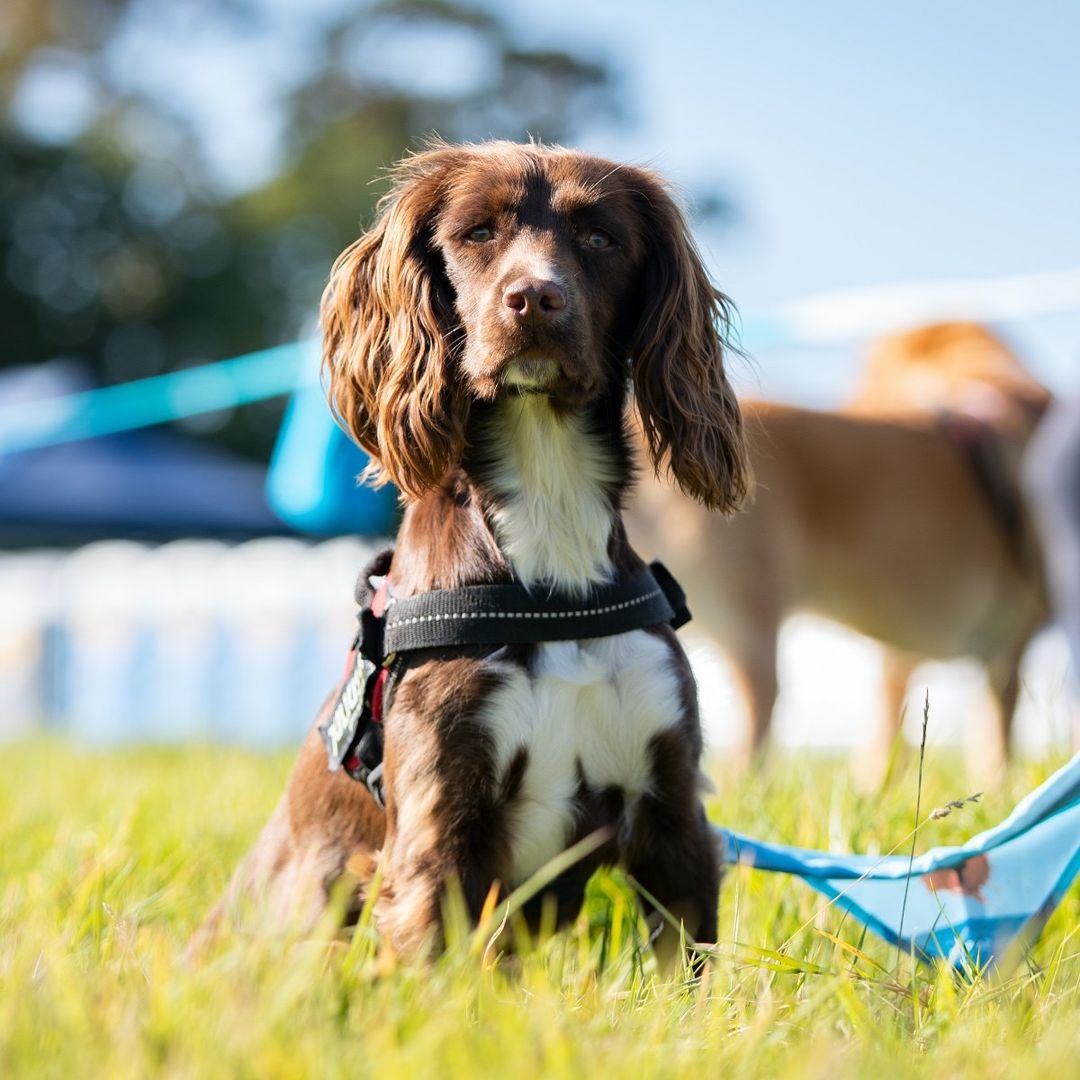 We were devastated to have to cancel our 2020 Muddy Dog Challenge events this year, but we were delighted to hear that lots of people still wanted to do something to help our animals. That's why we’ve introduced My Muddy Dog Challenge – a muddy (or not so muddy!) challenge you do your way. We're so happy to say that over 1,000 people have already signed up!

But don't fret if you haven't registered yet, as there's still plenty of time to get involved. From 17-23 October we're challenging you to walk or run the length of the Muddy Dog Challenge course - 2.5km or 5km - and enjoy the time with your beloved four-legged friend!

Simply sign up on the Muddy Dog Challenge website and either donate to take part, or raise sponsorship. Muddy or not-so-muddy, stroll or sprint, with your four-legged friend or solo - how will you do your Muddy Dog?