Cat on a fast train roof 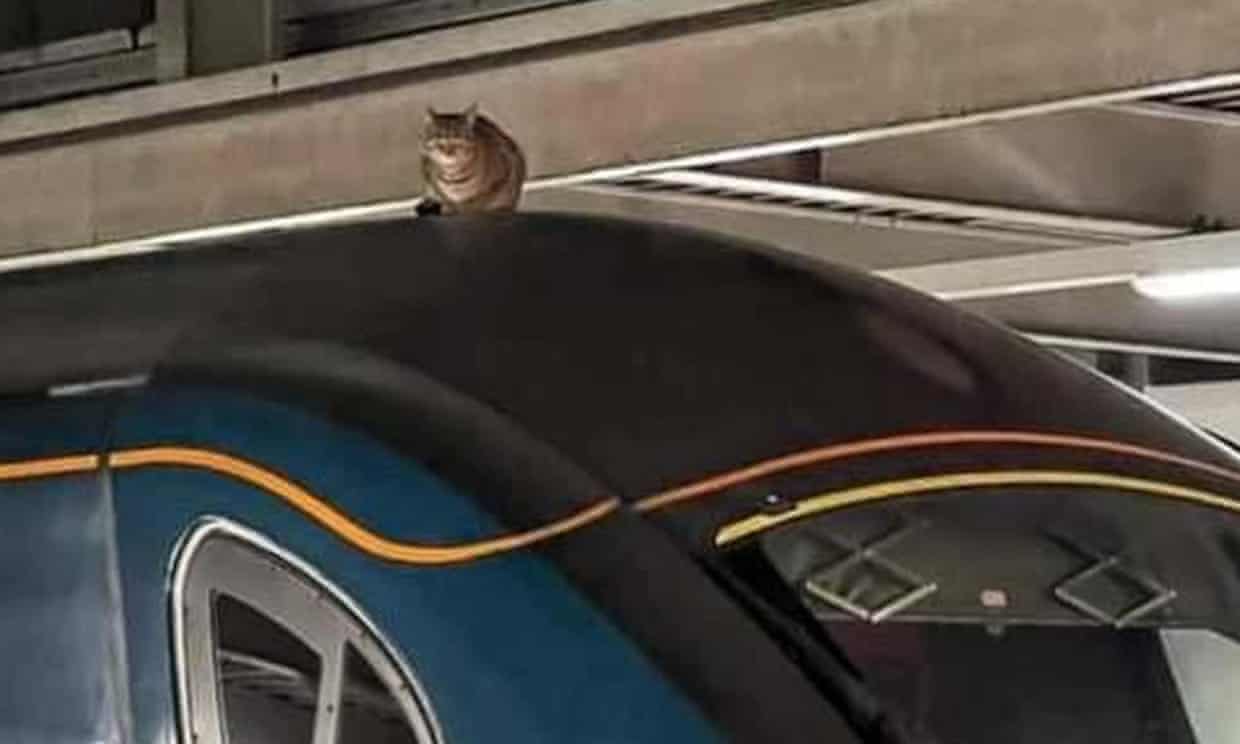 We’ve heard lots of reasons for delays on the line, but what about a cat on the roof? That’s exactly what happened at London Euston station on Tuesday evening when an adventurous Tabby was spotted relaxing on the roof of an Avanti West Coast train 30 minutes before it was due to depart for Manchester.

Despite staff’s best attempts, the cat refused to budge and passengers were transferred to a replacement train to allow for more time to coax the intrepid feline down.

After a two and a half hours, the standoff came to an end after staff pulled up a bin to give the cat something to jump onto. Onlookers described the cat as “swaggering off” without a care in the world, clearly unfazed and unaware of the fuss it had just created. 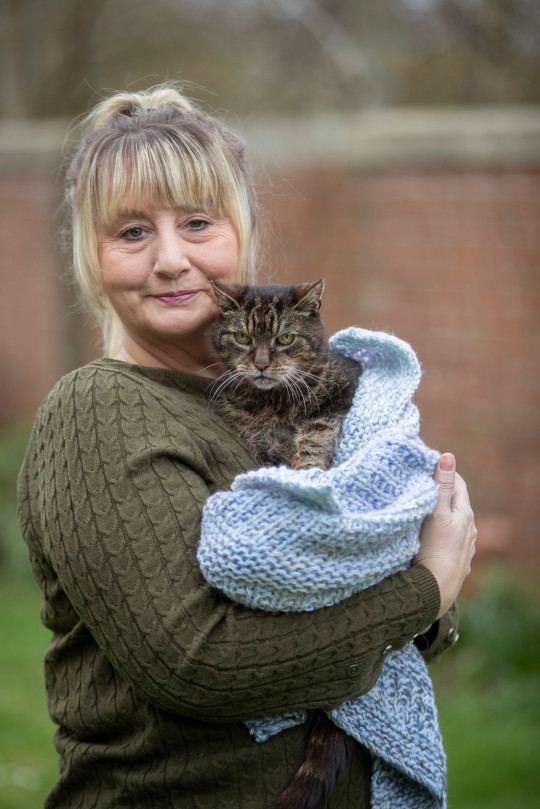 Mandy Prior had long since given up hope of being reunited with her pet cat Taz, who escaped out of an open window in Poole back in 2007. At the time she searched high and low, even putting up posters but he was nowhere to be found. That was until a few weeks ago, after 14 years apart, when Taz appeared on a local lost and found pets page on Facebook and Mandy recognised his distinct markings straight away.

There were tears of joy from both Mandy and the volunteers at Paula’s Cat Rescue who had taken Taz in when the pair were finally reunited this week. His rescuers think that he’d been living as a stray and was being fed by local residents. It was one of those local residents who brought him into the shelter a month ago as they’d spotted him looking unwell, and after years living on the street, Taz wasn’t in great shape. He was dehydrated with both a mouth infection and a tooth infection which had caused his weight to plummet to just 5lbs. Dedicated volunteers fed him every few hours and vets performed a life-saving operation to remove his teeth. After a month of recovery and putting weight back on, staff at the rescue posted the picture of him on Facebook, which Mandy then spotted. Since bringing him home, Manday says Taz has been settling right back into his home life. She said:
“It’s been amazing having him home. Straight away, he was with me all the time and meowing loudly like he used to. ‘Taz is doing well, but he sleeps a lot as he’s an older cat now. He may be old, but certain traits of his haven’t changed.”

The cat that's got the cream, and the bread, and the eggs, and the potatoes The online listing for a supermarket store in Dunfermline has piqued the interest of cat lovers everywhere after one keen shopper spotted that it boasts 'in-store cat facilities' among the more usual offerings.

Ten-year-old black-and-white cat Spartacus has earned himself the nickname of 'Tesco cat', after becoming such a staple sight at the Tesco Extra store in Fife that Tesco has even listed him on their website as enjoying 'naps by the front door'.

Under 'general information' about the store, Spartacus is listed as the 'in-store cat', who also loves getting 'pets' and 'scritches' from passing customers.

Eagle-eyed Twitter user Angus Duncan posted about this unusual feature, which has since gathered more than 11,000 likes, stating "My local @tesco is better than yours." Spartacus can usually be found in the foyer of the store, lying around waiting for shoppers to offer him a scratch behind the ear or even a treat.

His owner, who lives around the corner from the shop, previously said: "He goes there for about 6am every day and returns home at around 10pm.

"Everyone seems to love him and he gets hugs from people and they also offer him food.”