As we start the year with some cautious optimism for brighter times ahead we’re sharing our first weekly round-up of positive things happening at Battersea, as well as heartwarming dog and cat stories from the UK and beyond. We know that animals can be a great source of comfort so we hope it adds a bit of cheer to your day. After being bought in a supermarket car park, playful kitten D’Artagnan was brought in to Battersea for his ‘feral’ behaviour. It didn’t take our staff long to see that the little kitten wasn’t remotely feral but was in fact a very affectionate kitten displaying natural, playful behaviour.

While we don’t know D’Artagnan’s origins, we know that he was sold at only six weeks old, which is far younger than any expert would advise a young animal should be separated from its mother. When he arrived at our London centre at just nine weeks old, he was quickly placed in a foster home where he could be cared for until he was ready to face the big wide world and go to his new home.

Cattery Team Leader Bonita Brincat, said: “D’Artagnan was such a sweet little thing from the minute he arrived. While it was clear to us he was not feral, as his previous owner had believed, it is understandable that someone who hadn’t had experience with kittens before, or done detailed research into what to expect, might mistake normal kitten-like playful behaviour and high energy levels as a sign of ‘wildness’.

“Getting a pet should never be an impulse decision – it’s so important to think it through carefully and make sure you know what you’re getting into.”

Since going to his new home in South London, D’Artagnan’s playful streak has continued, however, his proud owner Olivia Hadley says he has also developed a calm side.

Olivia said: “D'Artagnan is the perfect kitten. He is always getting up to mischief, whether it's climbing through the blinds, or jumping into a running bath (he won't do that again!) he's a very confident chap and certainly fearless, but is slowly learning the boundaries. He is such a loving fellow and always wants to be close, following me into every room and cuddling up whenever my lap is available.

“Like for so many people, Christmas this year was different and we ended up spending the festive season together, just the two of us. I can't imagine my life without him, he provides endless entertainment, company and love.”

With lockdown measures in place across the UK and many of us continuing to spend the majority of our time indoors, people may be thinking about bringing a new companion into their home. While it may be the right time for some to get a pet, Battersea advises any potential owner to first think carefully about the long-term commitment they would be making.

Bonita added: “We completely understand how easy it is to fall in love with a kitten or cat at first sight and make a decision there and then to take them home. However, you should always do your homework first so you know what to expect and can be confident you’re getting your new pet from a responsible source. At Battersea we would of course recommend any potential owner thinks of rescue first.

“We’re glad that D’Artagnan’s previous owner made the responsible decision to bring him to us when it became clear he wasn’t the right pet for them.”

While D’Artagnan has already found his happy ending, many more cats are still in need of help. If you would like to support Battersea continue to be there for every cat, please consider donating in whatever way you can.

German Shepherd Buzz is growing old gracefully after a social media appeal to help him find a retirement home was a roaring success! After completing his service with Durham Constabulary in 2020 the dog support unit shared an appeal to help find Buzz a loving home to enjoy his retirement in, and were met with an overwhelming number of applicants wanting to take him in.

Among those applicants were Liz and Martin Blackmore from Kent, who said it was love at first sight. After meeting Buzz and going through all the necessary checks they were delighted to be given the opportunity to help him put his paws up.

The couple have lots of experience with dogs, having owned several German Shepherds and sadly lost their last one Rudy, in February 2020 just before the first lockdown. Liz also used to work as kennel staff for Thames Valley Police and ran a boarding kennel for The Guide Dogs for the Blind Association (UK).

It seems like Buzz has very much landed on his paws with his new family, and the couple say he is very affectionate and settling well. Roger that! 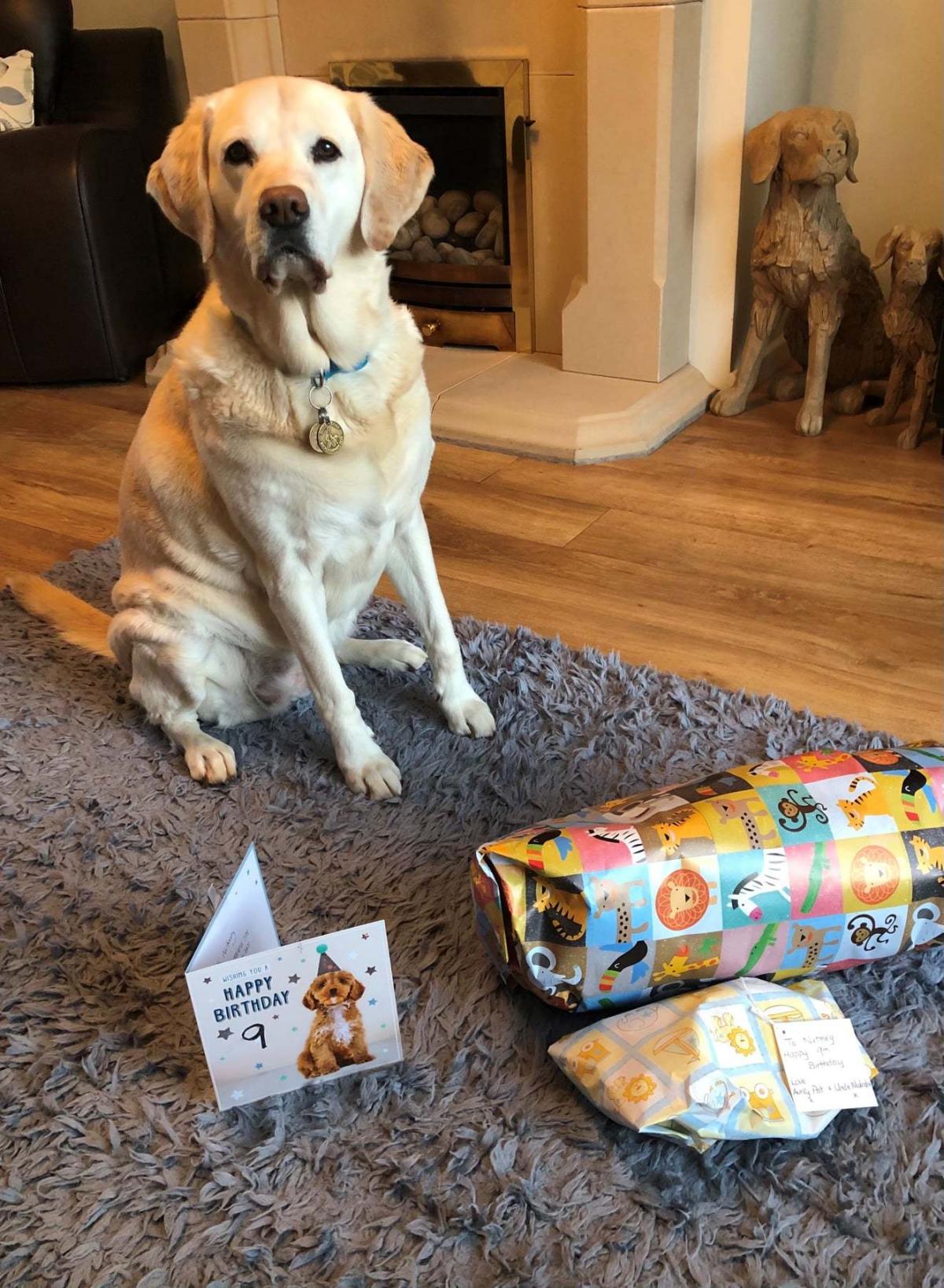 Loyal guide dog Nutmeg who is credited with changing her owner's life has received more than 900 birthday wishes from fans on social media as she celebrates her ninth birthday. As well as helping her owner, Alan Fletcher retain his independence, Nutmeg is something of a social media star and together the pair do lots of work promoting not only Guide Dogs but also the issues faced by people with disabilities. During the pandemic they’ve been shedding light on the fact that face masks muffle spoken commands, and that dogs don’t understand social distancing.

Nutmeg’s fans were delighted to see photos of her with her presents on her birthday, and Alan says that the pair were equally over the moon to see the joy that they could offer people in these uncertain times. 72-year-old Alan lost his sight at the age of 57, and he credits both Nutmeg, and his first guide dog Joy with giving him back his life.

“Life has changed since I’ve had her. She is wonderful really, she picks up her harness and she’s ready to go." Find out more about Alan and Nutmeg’s adventures in the Swindon Advertiser. What they did next - Dunston

Meet Dunston, who spends his days exploring the greens at his local golf club