Abandoned dog's new life is a cut above the rest The life of a dog in Cheshire has done a three-point turn after being abandoned next to a motorway having recently given birth. The beautiful Bella is now proudly owned by Joanne Dean, and regularly spends her time enjoying the company of customers at her shop Jojo’s Barbers.

Bella was rescued from the side of the road by Cheshire Dogs’ Home and spent five months waiting for her the perfect new family to find her.

Bella is now a firm favourite with the regulars at Joanne’s barber shop and spends time there most days, performing tricks with customers even bringing treats especially for her.

Joanne said "She was the last dog in the last kennel and to say she picked us is an understatement. Bella settled in within the first day, despite going through whatever trauma she went through. She's an absolute angel.

“I would definitely get another rescue dog - there's so many abandoned and unwanted dogs out there.”

"Bella deserves only the best, and gets it, and equally gives as much love as we all give her. For me, my family and all who know her, she is priceless. We cannot imagine life without her.” In a tale (or should that be tail?) as old as time, author Jane Fallon and comedian husband Ricky Gervais have joined a long line of failed foster carers after falling head over heels for the beautiful “Catkins.” The couple announced to the world on Wednesday that they were fostering the young tabby for a few days from cat charity Feline Friends UK before she headed off to her new home. On Thursday however, it came as very little surprise to anyone to hear that they had decided to welcome Catkins, now named Pickle, into their home and their hearts forever.

The happy new feline addition comes after the couple sadly lost their beloved Siamese cat Ollie back in March and we wish Pickle, Jane and Ricky all the very best.

Fancy yourself as a Dr Doolittle? Well now you can be 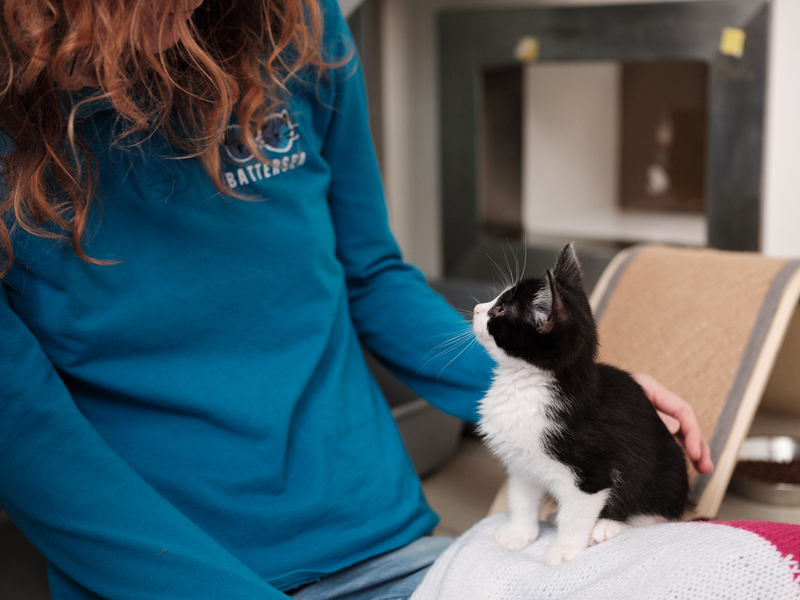 Have you ever wanted to be able to talk to your cat? It can often be tempting to ask them how they’re feeling, or what they’re thinking, especially when they decide to run around the house at 3am for no apparent reason.

Well, science is here to help. Scientists at Portsmouth and Sussex universities have conducted a series of experiments showing that you can communicate with your cat by slow blinking and narrowing your eyes. The move is basically the feline equivalent of a smile and has a similar effect on cats as smiling does on humans in helping to build a rapport.

According to the researchers ‘Slow blink sequences involve a series of half-blinks – where the eyelids move towards each other without ever fully closing the eye – followed by either prolonged narrowing of the eye aperture or a full eye closure.’

“It’s great to be able to show that cats and humans can communicate in this way,” said Professor Karen McComb, of Sussex University.

“It’s something you can try yourself with your own cat at home, or with cats you meet in the street. Try narrowing your eyes at them as you would in a relaxed smile, followed by closing your eyes for a couple of seconds. You’ll find they respond in the same way themselves and you can start a sort of conversation,” she said.

Find out more about the experiments on the i News website Our pick of feel-good stories from this week. Who will you crown Purr Minister 2020?