Rescue Is Our
Favourite Breed 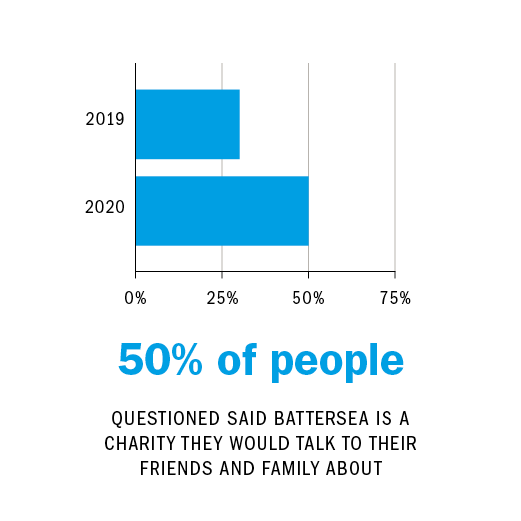 Battersea has a vital role to play in growing the rescue sector and delivering better outcomes for more dogs and cats. With increasing numbers of people buying and selling pets online during 2020, our Rescue Is Our Favourite Breed campaign seeks to ensure pets are not seen as commodities. We want people to be inspired to think ‘rescue first’ not only when it comes to rehoming, but also if they’re faced with circumstances that mean they must relinquish their pet.

During the year, we ran four bursts of campaign activity to further spread awareness of how wonderful rescue pets are, utilising wide-reaching mediums such as television, online platforms, and celebrity supporters with large social media followings. This included a new ‘Rescues to the Rescue’ TV advertising concept in June 2020, designed to align with the mood of the nation and ensure Battersea’s cause remained visible.

Research carried out in November 2020 showed that 37% of the UK population had heard of the campaign. Of those, 73% claimed that it started to make them ‘think more openly about age or breed’ when it came to pet ownership, and 72% stated that it made them want to find out more about rescue animals, indicating the campaign is starting to shift perceptions of rescue.

We have seen significant increases in Battersea’s brand health as a result of this activity, and we were very pleased to be ranked the third ‘most improved’ charity brand on YouGov’s 2020 charity index. In research carried out in November 2020, 50% of those questioned stated that Battersea is a charity that they would ‘talk to their friends and family about’, up from 30% in September 2019.

Battersea’s long-running ITV series, Paul O’Grady: For the Love of Dogs, continued to raise the profile of rescue animals, showing just how wonderful they are to a global audience throughout the year.

Despite the challenges of the pandemic, our teams worked within Covid-secure filming guidelines to deliver an hour-long POGDOGS: Back in Business special, focusing on our response to lockdown, which reached 3.3 million viewers.

Alongside this, a new series titled POGDOGS: What Happened Next caught up with rescue dogs from the previous eight series, showing the joy and solace they have brought their owners since being rehomed. Each episode gained 3.4 million viewers and repeat episodes of the popular show continue to be shown across the world, spreading the message that rescue is best to all corners of the globe. 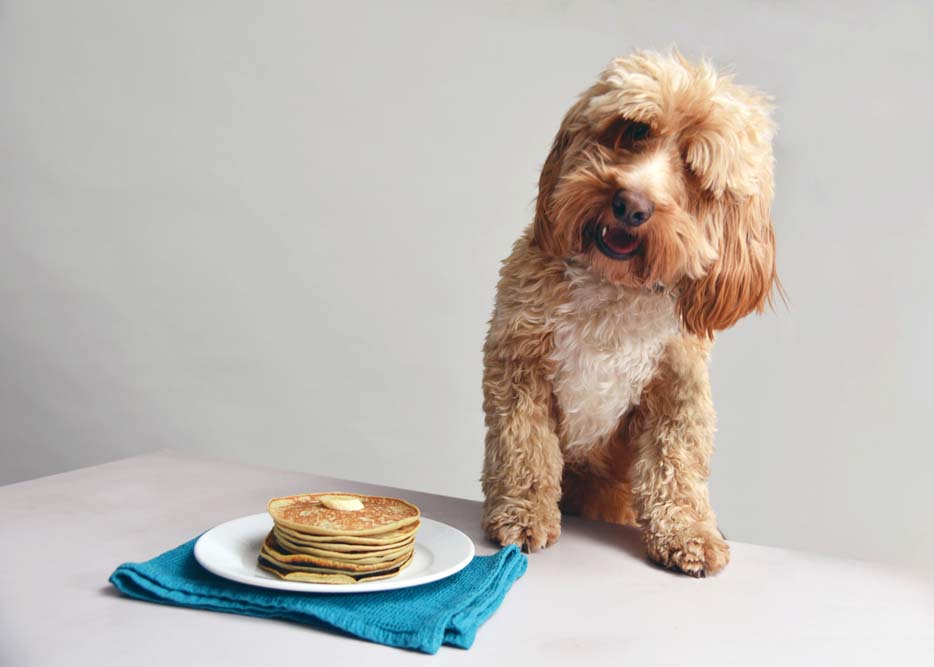 We focused on creating original, high-quality content to keep our audiences engaged with our cause during a time when they could not physically visit our centres. This included a ‘24 hours in Battersea’ film showing life at Battersea during lockdown, the third installment of our ‘What They Did Next’ series that follows Battersea dogs and cats in their new homes, and a brand new baking series to create dog and cat-friendly treats.

While plans for a wide-scale celebration of our 160th year had to be scaled back, we marked the anniversary in the media and through our digital channels. Our 160th film, featuring archive footage and messages from our Ambassadors and highpro file friends, achieved over 3,000 YouTube views and 103,000 Facebook reach.

The Power of
Rescue Pets

The pandemic saw pets becoming a major talking point, with more focus on how people were coping with lockdown thanks to the companionship of their dog or cat. In tune with the external situation, Battersea began to explore the mental and physical benefits of pet ownership, focusing on rescue animals.

We conducted research in May 2020, which showed that 75% of Brits agreed their rescue pet was helping them cope during the nationwide quarantine — whether that was by providing temporary relief from the news cycle, making an unscheduled cameo in their tenth video conference call of the day, or just being there for cuddles on the sofa when things got a bit too much.

This research led to the launch of a new TV and media campaign to highlight stories of ‘Rescues to the Rescue’. More than 1,000 people submitted video clips and pictures of their rescue dogs and cats brightening up their lockdown lives. Our TV advert featuring this user-generated content reached 33.5 million viewers nationally, while research and case studies exploring the positive benefits of pet ownership during lockdown gained national press coverage. 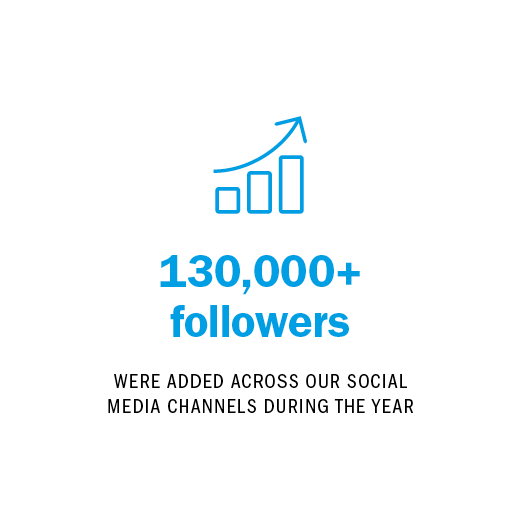 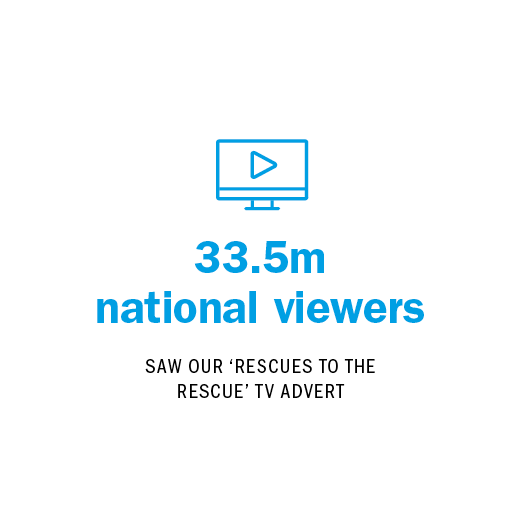 IN FOCUS - Rescues to the Rescue Naomi Hannah, of south-west London, adopted mongrel Potato from Battersea in 2017, and was just one of the voices in our ‘Rescues to the Rescue’ activity. Naomi said, “Now we’re in lockdown, Potato is loving having us all around. He’s a great distraction from the news cycle and it’s amazing for the kids. My stepson has special needs and Potato is like his therapy dog. It’s been hard for him to adjust to what’s been going on, but Potato has provided some consistency for him.

“For anyone who is struggling with things in life, pets can provide such valuable support. The children are so proud to say Potato is a rescue dog. We were there for him and that’s an incredibly valuable lesson for children, to teach them about their responsibility to animals and their place in the world.”

Engaging with younger animal lovers is crucial to drive generational change in the way rescue is perceived and supported. We are working hard to widen our audience base, creating new content and opportunities to reach, inform, and inspire engagement through a growing range of channels and partnerships.

Adapting to the changing world around us, we partnered with our high-profile supporters and Ambassadors in new and uplifting ways in an effort to boost the nation’s spirits during strange times, alongside creating original content featuring Battersea animals and staff.

Celebrity and influencer content continued to reinforce our message that rescue is best. Our #MakeFetchHappen video challenge was taken on by high-profile followers such as Amanda Holden, Alesha Dixon, Laura Whitmore and David Gandy, while famous friends including Greg James, Kirsty Gallacher, Ricky Wilson, Dougie Poynter, James McVey, and Sara Cox shared our ‘Rescues to the Rescue’ TV ad on social media to a combined following of over 8 million people.

IN FOCUS - Spreading the Word A high-profile supporter of Battersea with his own Staffie named Tessa, Hollywood actor Tom Holland continues to be a fantastic advocate for our cause, helping us to reach a more diverse audience and reinforce the message that rescue is best to younger fans. Tom visited our London centre in January to take part in an original video, where he was ‘interviewed’ by a selection of Battersea rescue dogs carrying questions on pieces of paper attached to their collars.

The video received 276,000 YouTube views alongside national press coverage, and Tom expertly delivered his own thoughts and opinions on why rescue is best — a vital contribution to our goal of creating a generational shift in how young people view rescue animals. In the film, Tom said, “I’d say to anyone looking to rehome a dog, don’t base your decision on looks. Look at your lifestyle — where you live, how active you are — and decide what kind of dog you’d like based on this rather than whether it’s got pretty blue eyes or something. All dogs are cute in their own way.

“I’m a huge dog lover and I just think that every dog deserves a second chance regardless of where they’ve come from or what they’ve been through. I love coming here [to Battersea] and seeing the happy dogs and the amazing things that everyone here does.”