Here for every rescue

At Battersea we are proud to be here for each and every rescue animal that needs us, even those that might never find their way to our centres. It’s why we set up the Battersea Academy, to share our knowledge and help rescue centres across the UK and the world, so they can do the best for their animals. One of those rescues is Street Hearts BG, based near Glushka in Bulgaria. Emma from Street Hearts BG first attended a Battersea Academy programme in February 2020, so one year on we asked her how the ongoing support and knowledge has impacted the lives of the animals she works with. At Street Hearts BG we are incredibly proud to have an ongoing relationship with Battersea. We have learned so much from the Battersea Academy and from the community of other rescues we have met also taking the courses. Since returning from the course we have been able to incorporate several elements of what was covered into caring for our animals. For example, we’ve improved our enrichment and training activities and incorporated behavioural assessments for our dogs as part of the process to rehome them. This allows us to better understand the dogs we work with and find them brilliant, loving homes.

One of those dogs is the wonderful Mr Wiggles. In September 2020, we were called to the small village of Yantra. A man had dogs and puppies in his garden and had been telling people that he was going to dump them in the forest, so we wanted to step in and help.

We set about searching for the dogs, including Mr Wiggles, who was tiny, shivering, and emaciated, with almost no fur left on his body. We then went straight to the vets where Mr Wiggles was diagnosed with mange and weighed in at just 900 grams. He also had one of the worst cases of worms we’d ever seen. That was the moment he got his new name, Mr Wiggles!

It’s hard to look back now and remember him as a tiny pup, barely a few weeks old and close to death. But even then he was a fighter and all he wanted was life and some hope. With the help of Battersea, that’s exactly what Street Hearts and now his loving new family have been able to give him.
Emma, Street Hearts BG Rescue

Mr Wiggles needed lots of love and care, but his spirit and will to survive really shone through. He soon developed into quite a character, and his favourite trick was stealing slippers and tea towels that had been hung on the stove to dry! Even though they weighed more than him, he just had to have them. 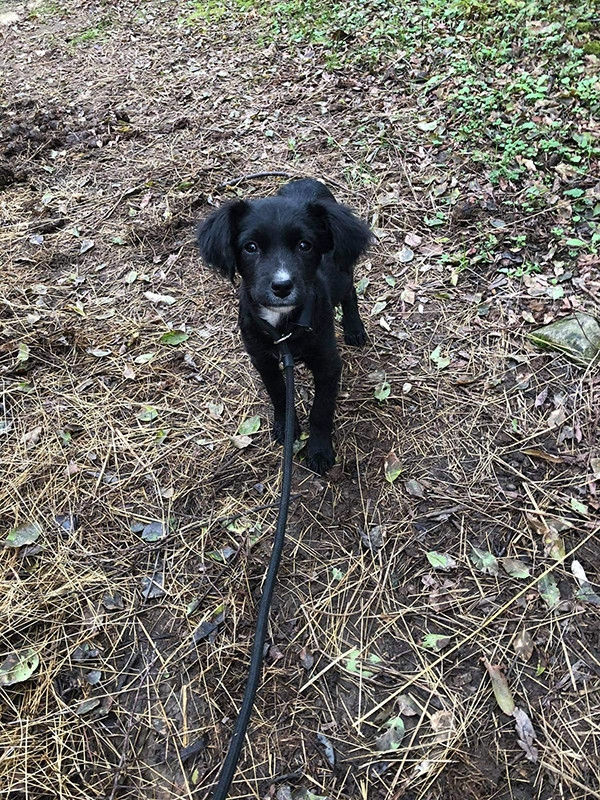 Mr Wiggles stayed with us for two months until he was fit and well. After his full course of vaccinations, blood tests and neutering he was ready to go to his wonderful new home, while Connie, his mum, has stayed with us and is now very much part of the family.

The future's so bright for Mr Wiggles. We’ve heard from his new owner that after a nervous start (entirely understandable for a six-month old puppy) it didn’t take long to make himself very much at home in his new pad.

He’s a happy, inquisitive little dog full of life, who investigates everything, including the inside of wardrobes, and after a nice long walk loves nothing more than parking himself on the back of the sofa, where he mounts a special patrol, watching all the comings and goings of the local birds and wildlife.

GET YOUR FREE TOTE BAG

Our animals aren’t fashion statements, but this bag certainly is. Support rescue animals everywhere by requesting your free tote bag and wearing it out and about with pride.
Get Your Free Bag 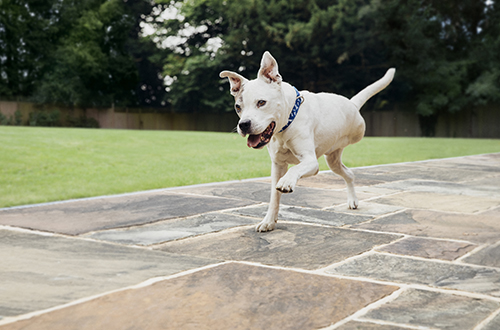 MEET THE STARS OF OUR CAMPAIGN

From underdogs to top cats, the stars of our ‘Rescue Is Our Favourite Breed’ campaign have certainly come a long way. Some call it history but we know it’s character, and these brilliant animals really do prove that rescue is best. Let’s meet them.
Read Their Stories
Was this page useful?