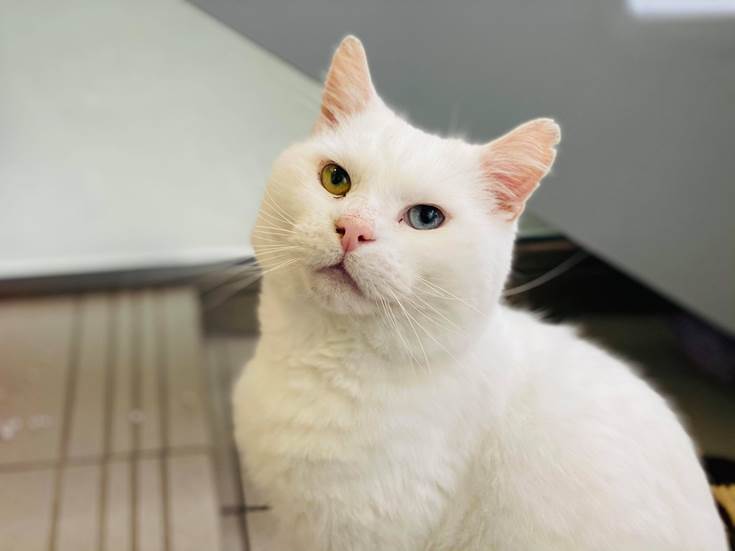 Despite a rough start as a stray, Snowy found a loving home with his owner almost ten years ago. Unfortunately, his owner could no longer look after him due to ill health, but they knew the best chance for Snowy to find an equally great home was to bring him to Battersea. We think every dog and cat that comes to Battersea is special and we make sure we treat them that way for the duration of their stay, and until we can help them find a new lease of life in a new home.

Upon arrival Snowy received a full check up at the clinic, where he was vaccinated, microchipped and neutered.

As an independent cat who prefers interactions on his own terms, it took Snowy some time to settle into the cattery environment and to form bonds with the staff. But once he had settled in, he started to come out of his shell and show his playful side. He enjoyed a good fuss from the cattery staff, and felt comfortable enough to curl up and sleep next to them when they were in his pen.

Thanks to the hard work of Battersea staff, Snowy came on leaps and bounds during his stay at Battersea and his health greatly improved. Being an older cat with FIV, it took over two months for Battersea staff to find the right home for Snowy. He was eventually rehomed to an experienced owner who has a good understanding of his needs and his quirks, and could provide him with a cat-proofed garden. Snowy now spends evenings with his new owner in the living room cuddling up and watching TV!