In loving memory of Sam 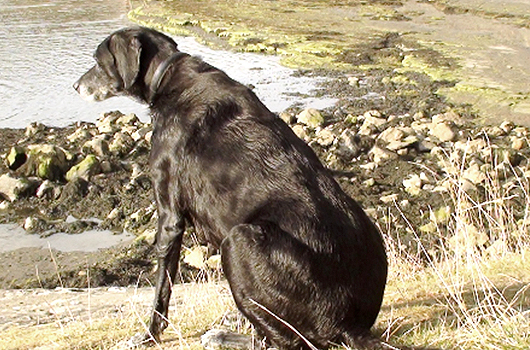 I met Sam at Battersea when I decided to rehome his kennel mate George.

Sam was all legs and lungs - very cute. They had been friends for the first almost six months of their lives and who was I to break them up?

On the way home from Battersea, he put his chin on my knee - sweet!!! Once we let him into his new home, the first thing he did was rush to the bedroom and make a large "deposit" on the bed - ok ... Not so sweet.

Sam had issues. Taking him for a walk was like being pulled by a locomotive. He chased cyclists, joggers, men in hats, people behaving strangely, wearing backpacks or using walking sticks. He could open the fridge - even with a child lock - and the oven. I once found him in bed with a roast chicken. And his biggest triumph? Eating my ex-mother-in-law's Easter eggs - foil, box and all - on her white bedspread.

Sammy was gorgeous although his bin raids landed him in hospital and he suffered a bout of ill-health a few years ago. But really, Sam was like a tank. He just kept advancing. I love you Sammy, and at the end, when you really couldn't go on, I hope you knew how much I loved you. For all that you put me through - I am so glad that Battersea saved you for me! 15 crazy, Sammy years.